this site is under construction. 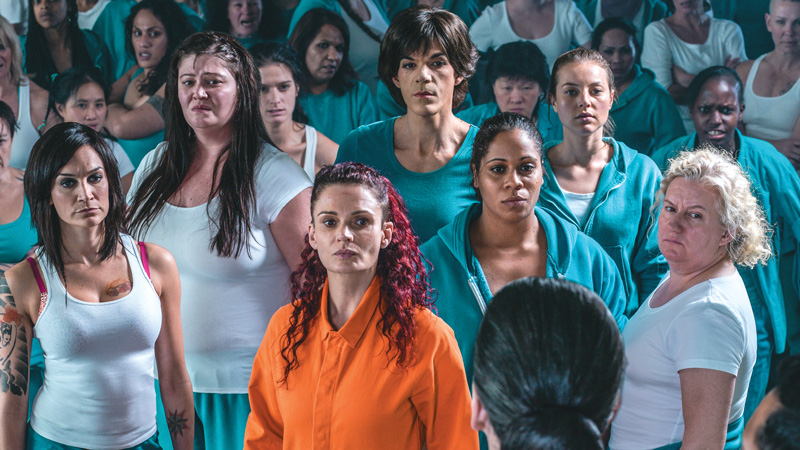 it's teal, ya dick head!

Hello! This site is dedicated to Wentworth. No, not that bald headed dude with a perfect bone structure (although i love him too). I am talking about the Australian prison drama! Yes, that one.


Before exploring this site, i strongly suggest you click here for more information.


From Wikipedia, the free encyclopedia

Wentworth is an Australian television drama programme. It was first broadcast on SoHo on 1 May 2013. The series serves as a contemporary reimagining of Prisoner, which ran on Network Ten from 1979 to 1986. Lara Radulovich and David Hannam developed Wentworth from Reg Watson's original concept. The series is set in the modern day and initially focuses on Bea Smith's (Danielle Cormack) early days in prison and her subsequent rise to the top of the prison's hierarchy. From the fifth season onward, the series shifted to emphasize more of an ensemble format.

For the first three seasons, Wentworth was filmed on purpose-built sets in the suburbs of Clayton, Victoria. Starting with the fourth season, production moved to Newport, Victoria. The show has received a mostly positive reception from critics, and the first episode became the most watched Australian drama series premiere in Foxtel history. The series was picked up by several countries, including New Zealand and the UK, where it has been retitled Wentworth Prison.

An eighth and ninth season have been commissioned, with the eighth season set to premiere on 28 July 2020 and the ninth in 2021 with it serving as the final season to the series.

Wentworth Season 8 is finally coming out on July 28th this year! Who else is excited?